Guin and Phil – My Beautiful Blessingway 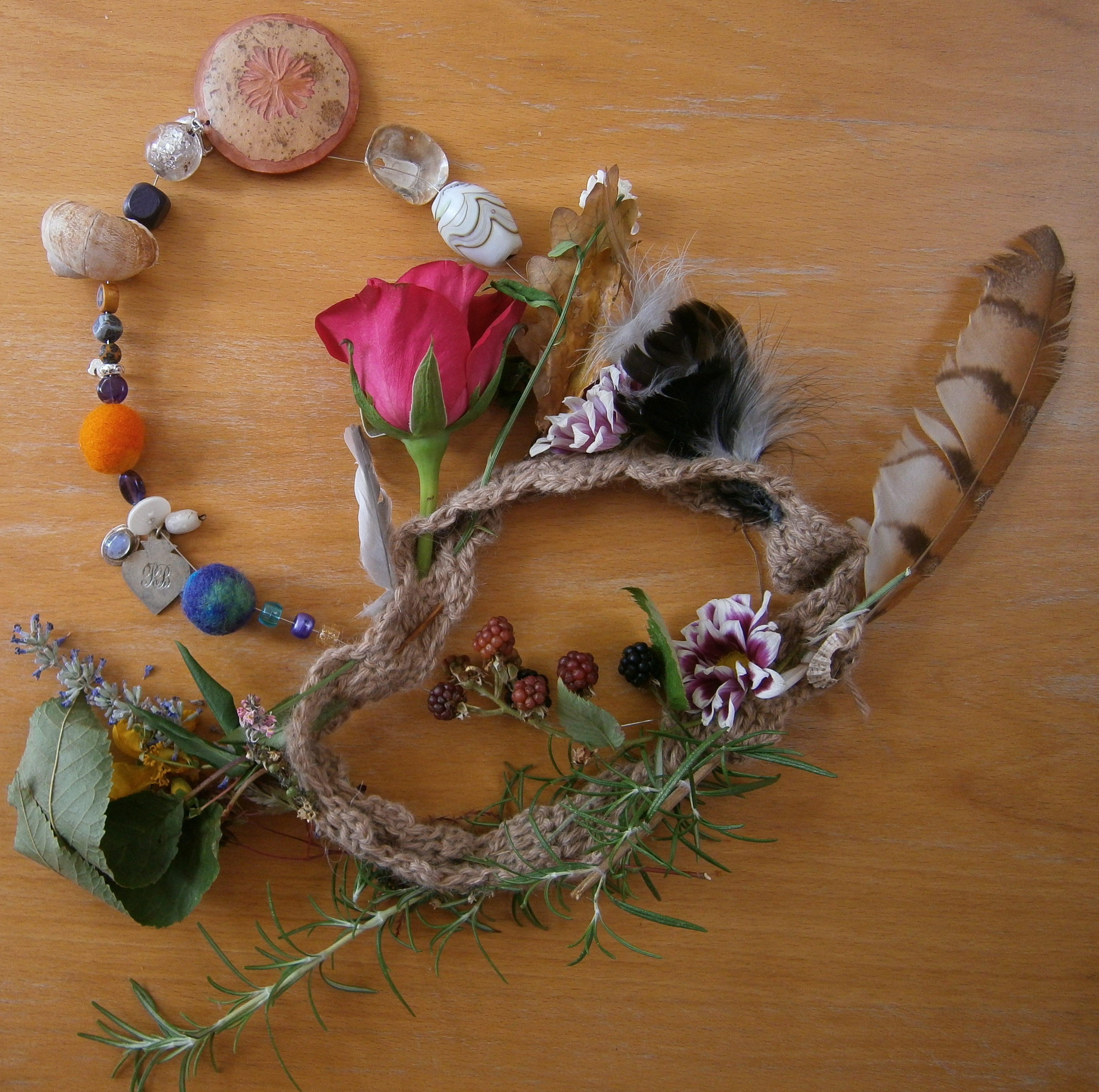 For my third pregnancy I knew I wanted to prepare holistically, delving into the emotional and spiritual side of birth as much as the physical and practical. I was keen to avoid the intellectual, medicalised focus of researching birth options with facts and figures. In fact, as the months wore on I felt les and less inclined to think about these aspects of birth, not even wanting to write my birth preferences down as I didn’t want to have to formulate my wishes into rational sentences. Instead Liz suggested I draw a picture of my ideal birth. This was much more fun than writing a birth plan, and I felt confident that I had still communicated with Liz about my wishes and preferences.
I had read a story of a Blessingway ceremony in a parenting magazine and knew this would be a lovely way to prepare for my baby’s birth. I just wasn’t sure how to organise it so I was thrilled when Liz agreed to lead my ceremony. A Blessingway, or Mother Blessing, is adapted by Western culture from the Navajo Blessingway tradition involving ceremonies to mark important rites of passage. It’s a way of celebrating the expectant mother and honouring the momentous task she is about to undertake in birthing her baby.
Eight close friends, all mothers, and Liz and Meg squeezed into our small house one Saturday afternoon when I was 39 weeks pregnant while my husband took our older children to the park. I chose to have the ceremony in our house even though that restricted the number of people I could invite, because I planned a home birth and wanted the positive energy generated by the ceremony to be in our house. My mother and sister, who live abroad, weren’t able to come but contributed to the ceremony by sending cards, beads and a video message which really helped me feel they were there in spirit. Everyone gathered in a circle in our lounge and Liz talked about the birth statues and mandalas she had brought as decoration and lit a candle. She passed the candle round and asked everyone to put their hands over the flame and then pass their hands over their heads as a purification ritual. Liz explained the ceremony briefly and asked everyone to introduce themselves by saying how they knew me and their favourite thing about being a mother. This helped everyone feel comfortable contributing, as several people didn’t know each other.

Then Liz put out some coloured paper and pastels on the kitchen table and asked everybody to make a mandala or picture with messages or images suggesting a good birth. Everyone enjoyed getting creative with this. We put the pictures up on the wall in the lounge and everyone talked about what they had drawn and written. While one friend brushed out my hair, which had been plaited earlier by my daughter, everyone made a garland to crown me with as a way of celebrating my special status as a mother about to give birth. The garland was made by twining natural objects everyone had brought into a crocheted headband. It contained flowers, leaves, berries, shells and feathers and was a beautiful thing; it also felt nice and comfortable to wear for the afternoon. Next we made a birthing and nursing necklace, each person contributing a bead they had brought and stringing it on the necklace after explaining its significance relating to birth. I was so touched by the thought and effort everyone had put into their artwork and choice of beads and natural objects. It was a lovely way to create a very visual reminder of everyone’s good wishes and positive suggestions for my baby’s birth. 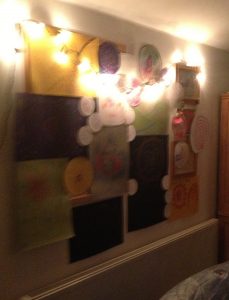 Some people had brought poems or other readings to share, and after this everyone had fun drawing on my bump with henna! The baby became especially active during this and I felt he sensed this part of the ceremony was in his honour. We all joined hands and sang ‘Happy birthday’ to the baby, then wove a web symbolising the connection between us by throwing a ball of wool between each person after winding it around our wrists. When we’d all been woven together, we broke the wool off so that each person had a strand to tie around her wrist. The strands of wool in mine felted together nicely in the birth pool which we tried out the day after. Everyone wore these bracelets until I gave birth, and I had some lovely messages from my friends while I was waiting for labour, saying they had thought of me as they caught sight of the bracelet.

The ceremony was completed and we moved on to the feast; my family and some of the other partners and children joined us, and a fantastic bring and share spread appeared. It was a lovely way to round off the afternoon.

I enjoyed every minute of my Blessingway. It’s rare in Western culture that we get to feel so thoroughly indulged as mothers. It felt wonderful to have my pregnancy celebrated in such a joyful way, and to absorb such positive birthing energy and such a warm welcome for my baby from the amazing women who were there. It also felt special to have a ceremony just for mothers to be able to connect with each other’s maternal wisdom.

I felt the Blessingway was the most positive way possible to prepare for birth. A few days before my baby was born I made my ‘birth wall’ with a collage of all the artwork and my hypnobirthing affirmations stuck to the kitchen wall where we planned to have the birth pool, decorated with the necklace, garland and some fairy lights. Seeing this on the wall helped me feel ready to go into labour, and it looked very pretty in the middle of the night when my labour finally started! I wish every expectant mother could have a Blessingway. I can’t think of a better way to feel good about being pregnant or giving birth.

I chose quite a ceremonial structure for mine but there are so many possibilities with varying degrees of formality. I liked the way the ceremonial aspects gave the event a sense of occasion and encouraged everyone’s mindful participation, but the activities we did were fun, creative and worked for everyone being from different spiritual backgrounds. Liz did a fantastic job of leading the ceremony, with just the right balance of formality and friendly warmth.

I think the Blessingway was particularly important for me as a way of acknowledging my ability to receive good things. After two difficult births, it was often hard to believe that it would be possible for me to have a good birth experience. Being at the centre of so much caring attention helped me feel I deserved, and could have, a positive birth.